Basic Income Vancouver | A basic income guarantee (BIG) ensures everyone an income sufficient to meet basic needs and live with dignity, regardless of work status.

In this paper, Basic Income Vancouver sets out the definition of Basic Income we have adopted from BIEN as “an income unconditionally granted to all on an individual basis, without means test or work requirement”, and describes a set of five guiding principles to evaluate proposed compromises on this definition.

We have adopted these five guiding principles to support discussion of Basic Income policy proposals.  They help us.

The paper outlines use of these five guiding principles to review the Basic Income proposal outlined in the September 2015 Caledon Institute paper “Guaranteed Income or Guaranteed Incomes?”.

(The guiding principles have been posted to BasicIncomeGithub to support development of wider consensus on what “good enough” Basic Income policy looks like.)

Crawford Kilian writing for the Tyee. “It’s said nothing can stop an idea whose time has come, but politicians know you can sure slow it down. A Canadian social experiment in the 1970s might have prevented 40 years of a widening income gap and social misery. Instead, conservative politicians — federal and provincial — ended the experiment and suppressed most of its findings.” “I substituted my husband for Bolsa Família,” one mother in Rio de Janeiro, who had recently left her abusive partner, told The Guardian.

“Bolsa’s terms, by American standards, are pretty radical: Every month, 50 million poor parents, or a quarter of the country’s population, get a handout equal to about $35 to $70, plus more for additional children.” It has been running for 10 years.

The Family Purse (“Bolsa Familiar” also translated as “family grant”) cash transfer program has much to teach us about effective Basic Income policy. 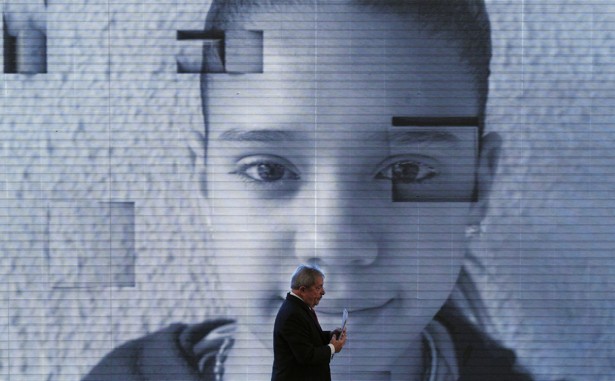 This article is what listening to the whispering of Venture Capitalists taking note of Basic Income’s transformative potential sounds like.

“California, with its powerful ballot initiative system, offers perhaps the most likely venue to try such an idea at the state level. For weeks, I’ve heard rumors about Bay Area venture capitalists planning such an initiative, but have been unable to confirm them.”

We know that BC is Canada’s only province with an initiative system, so let’s watch this closely.

One of which is Liberal Policy Resolution #100. “BE IT RESOLVED that a Federal Liberal Government work with the provinces and territories to design and implement a Basic Annual Income in such a way that differences are taken into consideration under the existing Canada Social Transfer System.”

Our job now is remind the Liberal Party that Basic Income is what the precarious 40% of the population needs to provide security of our basic needs.

Ralph Callebert writing in Raw Story – who believe ‘small’ stories can change the world – makes a compelling case that Basic Income is inevitable through a powerful insight.

“The painful reality is that most people’s labor is no longer needed by increasingly efficient global chains of production.

In economic speak, a large portion of the world’s population is surplus to the needs of capital. They have no land, no resources and no one to whom they can sell their labor.”

Guy Standing writing in the December 2015 issue of Global Dialogue.

What did the people do with their Basic Income of 300 rupees?

$ Many used money to improve their housing, latrines, walls and roofs, and to take precautions against malaria.
$ The basic income grants led to small-scale investments – more and better seeds, sewing machines, establishment of little shops, repairs to equipment, and so on.
$ The grants led to more labor and work – there was a shift from casual wage labor to more self-employed farming and business activity
$ families were able to buy things like shoes and pay for transport to school

In 2013 – before Utretcht, before Finland, and before Silicon Valley’s recent awakening to the reality of job replacement – the Environics Institute for Survey Research and the Trudeau Foundation asked Canadians what we thought of Basic Income.

Even back then, more than half of us in Vancouver support Basic Income.

The survey found that the “concept receives majority support among residents of […] Vancouver (52%), as well as among Canadians with household incomes under $100,000 (52%) and those with no post-secondary education (56%).”

The question explained that a Basic Income “would involve every Canadian receiving a specific amount of money from the government each year, which would then be “clawed back” with every dollar of income people earn. Such a program is intended to ensure everyone has enough money for the basic necessities, and would replace other forms of economic assistance, like welfare and unemployment insurance”.

Making support of Basic Income the official position of the Canadian Medical Association.

Why do doctors think that basic income adds up?

“According to a 2011 report, low-income residents in Saskatoon alone consume an additional $179 million in health care costs than middle
income earners.20 A 2010 study by CIHI found increased costs for avoidable hospitalizations for ambulatory care sensitive conditions were $89 million for males and $71 million for females with an additional $248 million in extra costs related to excess hospitalizations for
mental health reasons. https://goo.gl/Qr0Xbc

“Every nation needs to prepare for the changes that are coming. Think tanks, workshops, corporations, NGOs, and government agencies must delve into the problem and find ways to make life tolerable with work no longer necessary for most of the world’s inhabitants. […] Though unemployment has not yet reached a tipping point, it is only a matter of time before every nation will have to decide how to deal with fewer jobs and less work for their citizens in the years ahead.”